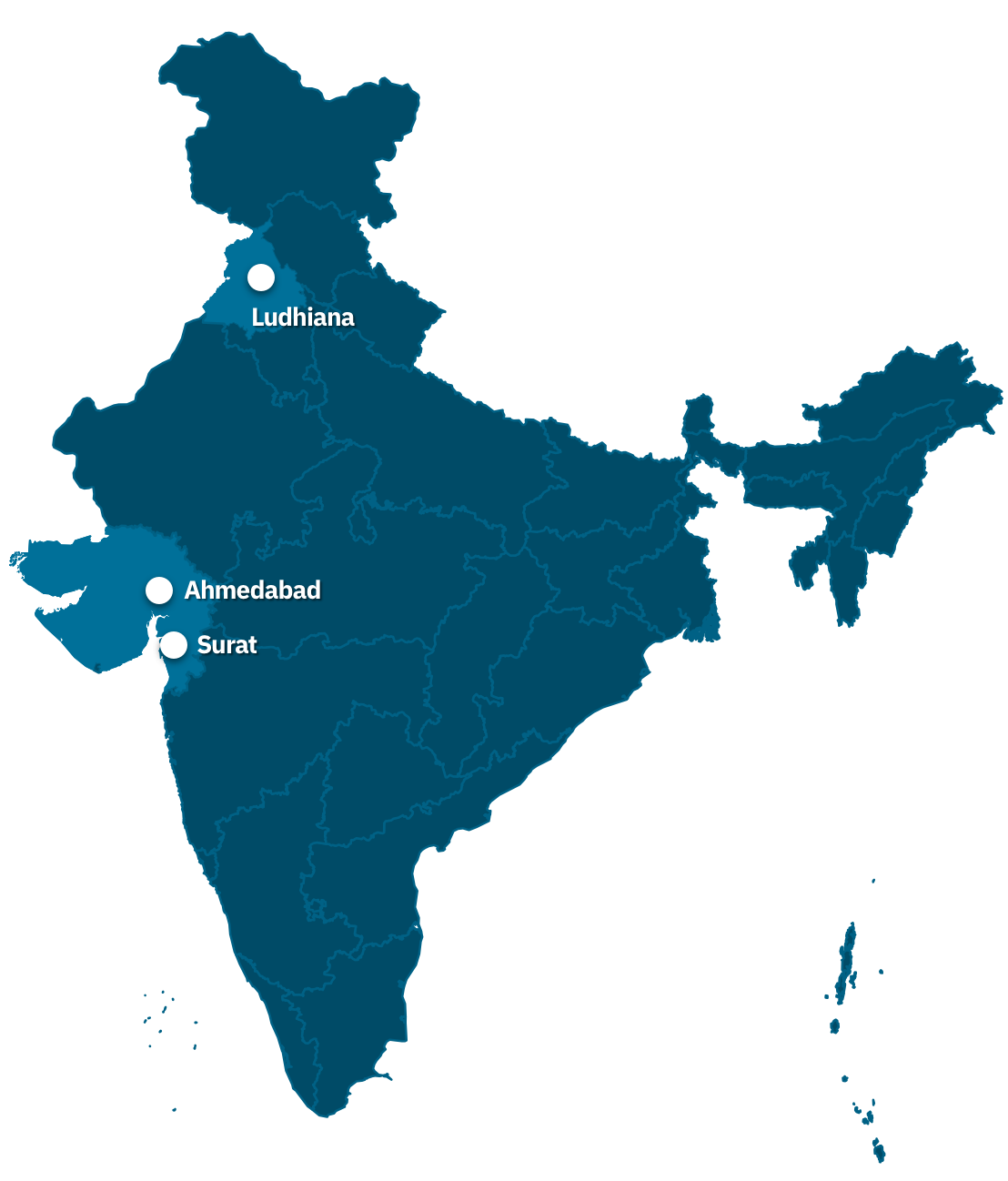 The Indian state of Gujarat launched the country’s first clean air market on July 15, 2019, in the form of a large-scale pilot programme in Surat, Gujarat. Trading officially began on September 16, 2019. A total of 156 industries are participating.  As this pilot proceeds, so too does interest in spreading it across India. On June 7, 2021, the government of Punjab announced the launch of the second programme in India in the city of Ludhiana. The Gujarat government announced the third market in Ahmedabad on June 25.

The state pollution control boards are carrying out the markets with the help of a team of researchers from the Energy Policy Institute at the University of Chicago (EPIC), the Economic Growth Center at Yale University, and The Abdul Latif Jameel Poverty Action Lab (J-PAL). The researchers are evaluating the program’s benefits and costs, relative to the status quo, using a randomized controlled trial.